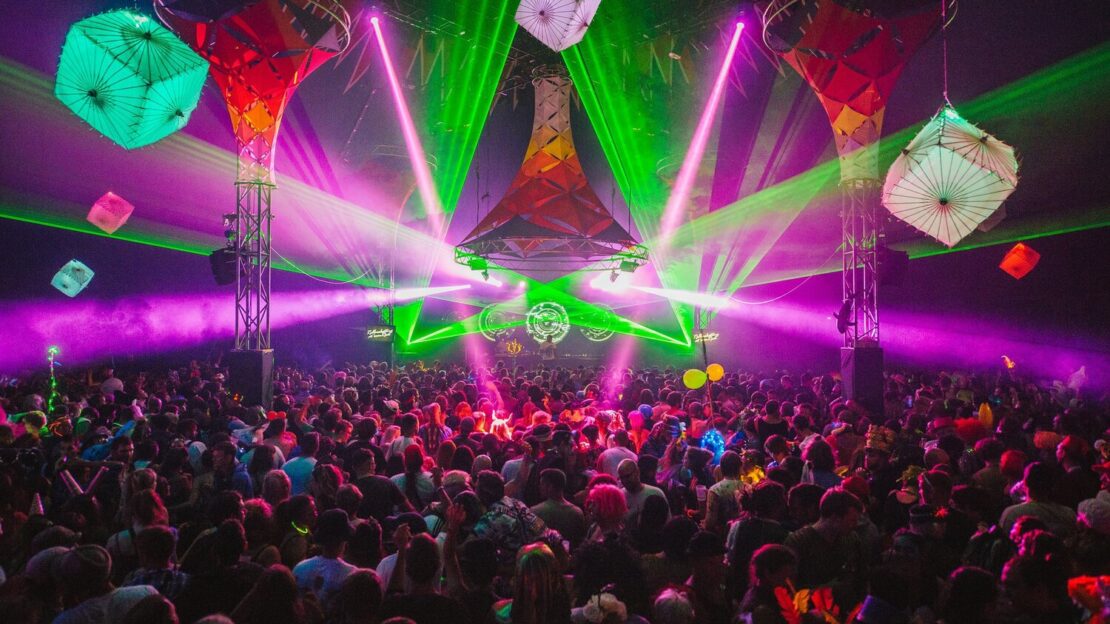 Fineline Lighting has worked on the festival for over 15 years, providing lighting and rigging for a number of the stages and venues across the site. In early 2019, Fineline invested further in their LED lights, replacing more of the traditional tungsten and discharge sources previously used.

When it comes to cutting down the environmental impact caused by lighting at events the two key factors are energy and weight. LED lights use less energy, more efficiently, than tungsten and discharge lamp sources and put less of a strain on the lorries transporting equipment around the country as the cable packages generally involve less heavy mains and therefore weigh a lot less. 500m of LED festoon with 5 Watt bulbs can draw less power than a single kettle, making a substantial difference to the total energy used at festivals.

In terms of practical differences, LED technology is advancing at a rapid rate and is as effective as more traditional stage lights. The main barrier to making the change to more energy efficient lighting is often the upfront cost involved, which has to be taken on by either supplier or organiser.

Investing in LED lighting was a big step towards Fineline Lighting becoming a more energy efficient supplier and they are committed to tackling the ongoing challenge to provide a green product, within budget, without sacrificing the quality of the service.