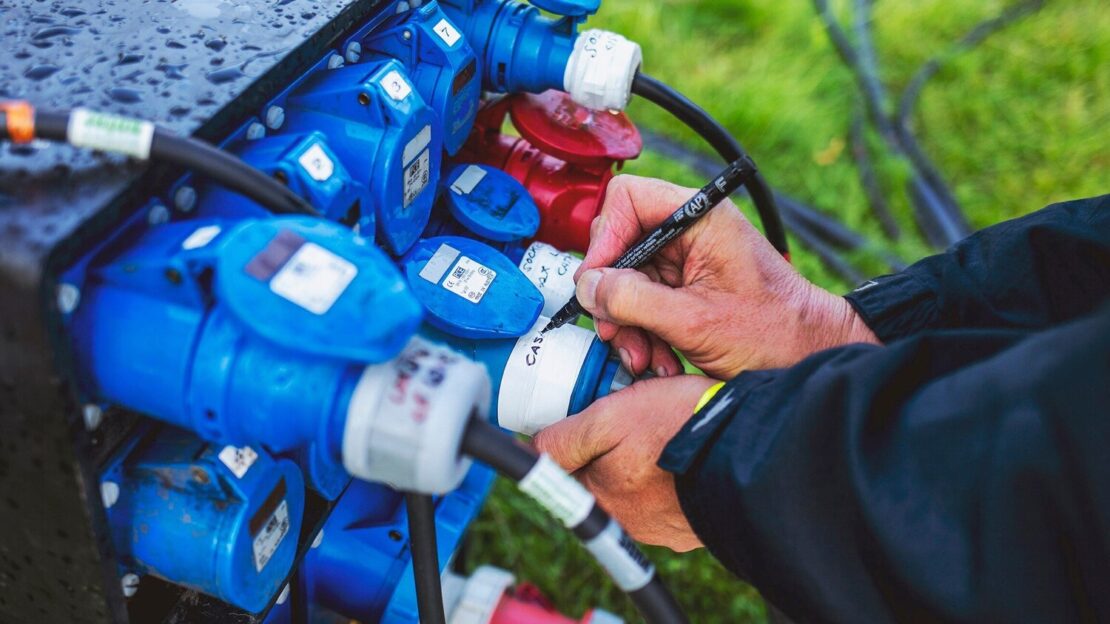 When Greenbelt moved site from a partially main powered racecourse to an entirely greenfield site, they had to load in the whole power system and huge quantities of diesel to power it. They didn’t have the resources to move to 100% renewable power, so they committed to work towards that as a long term goal while in the short term focusing on becoming as power efficient as possible.

During 2019 Greenbelt used 9,602 litres of diesel for fuel generation, just 52% of the fuel used when they first started monitoring power in 2016. Working closely with power company Gofer, they managed to achieve those savings despite an increase in venues and festival-goers onsite.

The starting point to this achievement was monitoring generators, from the beginning of the build right through show days and into the de-rig. This gave Greenbelt the data they needed to re-assess not just the size of generators, but to understand the demands on them at peak periods compared to quiet ones, to know where they had head room to power more areas from existing units and to consider what might be better re-located to make better use of spare capacity. It also gave them the data to challenge caterers, traders and others on just how much power they were using, compared to what they said they needed!

They continue to monitor power carefully and our latest set of reports mean we already know where we can make yet more efficiencies next time we are in the field.