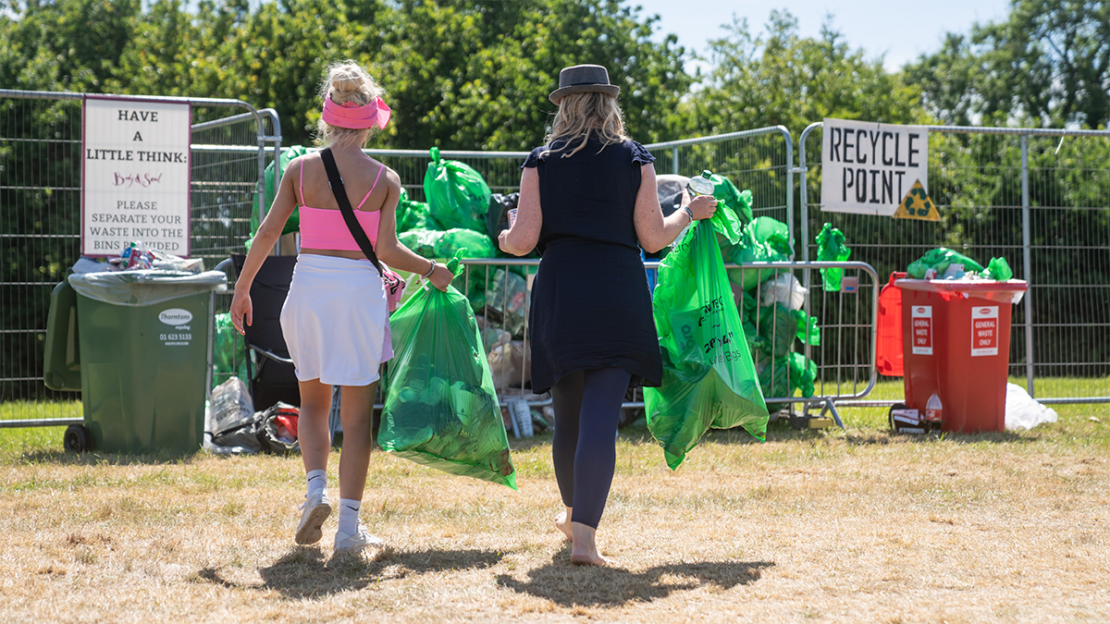 Since its very first festival in 2010, Ireland’s longest running independent music festival, Body & Soul, has embraced and recognised the key role that the cultural and creative industry plays in society’s transition towards real sustainability. Working with long-term sustainability partner Native Events, sustainability and wellbeing has always been at the very heart of the festival’s foundations and this year was no different, when the festival finally returned to Ballinlough Castle in Ireland in June 2022.

As the only Irish festival to have signed up to the Green Deal Circular Festivals, each year Body & Soul along with Native Events seek to implement new initiatives, exploring systems for the circular economy. Following a ban on the sale of single-use plastics first introduced in 2019, for 2022 the festival took this one step further by introducing a reusable cup system. Working with solutions provider One Planet One Chance, this system eliminated an estimated 50,000 plastic cups from their waste stream, which in turn diverted around 500kg of single-use plastic from being reprocessed.

This year also saw the introduction of a circular food court, the first of its kind at an Irish festival. Food was served on compostable or reusable serveware only and food waste and compostables were broken down by an on site biodigester – almost entirely eradicating waste from the food court.  A lot of work was undertaken prior to the festival, with food traders taking part in sustainability focused briefings run by Native Events to encourage local, seasonal and Fair Trade food sources where possible, and to discuss the waste to resource systems in place.

Implementing a low-carbon emission fuel source to power the festival was a priority for the team and several options were researched before deciding on HVO biodiesel. This renewable fuel source derived from vegetable oil was chosen due to its low carbon emissions, with an estimated 80% less carbon dioxide emissions compared to traditional diesel. All generators used 100% HVO biodiesel to power the 3 day show, significantly reducing the overall festival carbon footprint.

In an effort to further reduce the festival’s carbon emissions, Body & Soul encouraged festival goers to avail of the dedicated bus services to and from the rural campsite, in partnership with Bus Eireann. Included within the cost of each festival ticket was a carbon offset towards planting Native Irish Woodland, in a further effort to reduce festival transport carbon emissions.

Director of Native Events, Megan Best, said: “We are very proud to work with Body & Soul on their journey towards a fully sustainable and circular festival and this year we continued on our path with some great successes. From how the event was powered, how people consumed their food and drink,, to how attendees got to and from the festival, these initiatives went a long way to reducing Body & Souls overall environmental impact.

“For some of our initiatives this year it was our first time trying them out, so we have new learnings and ideas to take with us in the years to come as we continue with Body & Soul on their journey towards Ireland’s first fully circular festival.”

You can read more about Native Events work with Body & Soul here, which includes details on solutions providers and suppliers. For more information on Body & Soul’s sustainability strategy visit here.

This article originally appeared in the July 2022 Vision: 2025 Newsletter. Sign up to receive monthly event sustainability news, case studies and guest blogs direct to your inbox using the form below.