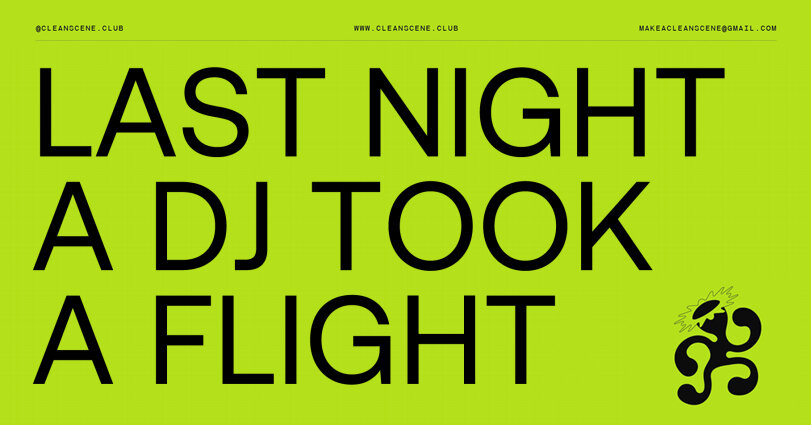 The report also suggests that the average carbon footprint of a touring DJ is 35 tonnes of CO2 – 17 times higher than the recommended personal carbon budget widely accepted with keeping global temperatures from rising more than 1.5 degrees. The analysis shows that this is equivalent to 20,000 households consuming electricity for one year, powering 8,000 festivals for three days, or pressing 25 million records.

The data was not published to blame artists but asks for accountability from all those who are part of the music industry – an industry that profits from oppressive systems that directly correlate to the effects of climate change. The report argues the industry must dismantle these systems which prioritise money, power, and greed at the expense of the climate, race, gender, and economic inequality.

In order to address the problems highlighted by the research, Clean Scene defined some overarching themes for consideration. These include:

The collective recognises that the report will trigger critiques and questions surrounding these findings but instead suggests that rather than grandstand in favour of distraction, readers must mobilise, organise, idealise change, and affect it.